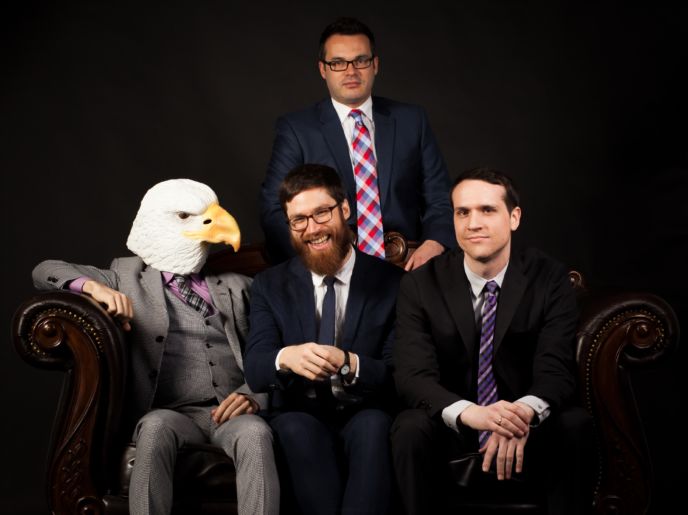 Walking Distance from Brooklyn, New York approaches Charlie Parker’s music not in a nostalgic way, but turns it inside out on the album Freebird. By taking famous Parker tunes and mixing, sampling, mutating and re-assembling them the band manages to make them sound new and urgent again, in a way that resembles Jason Moran’s approach to the music of Thelonious Monk. No wonder Moran makes his appearance on Freebird.

At the BIMHUIS another well-known pianist will join the group: Gerald Clayton, a rising star of the piano according to Downbeat Magazine. Founder of the band Caleb Curtis does not really walk in the footsteps of Parker, but reveals himself as a 21st century kindred spirit on the alto saxophone. The album Freebird was voted by New York Times as one of the best of the past year.

‘Utterly fresh. This double-sax quartet pays homage to Charlie Parker by cutting up, slowing down and disorganizing his compositions. There are many forms of interference here: the writing; the quirky recording style and occasional use of effects’  (New York Times).