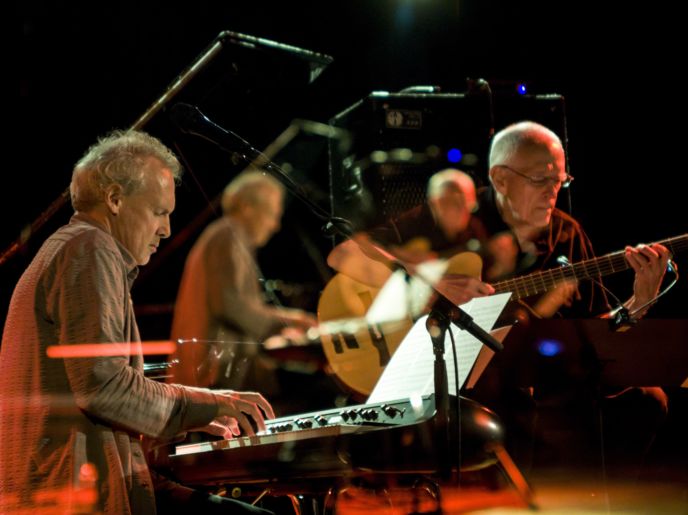 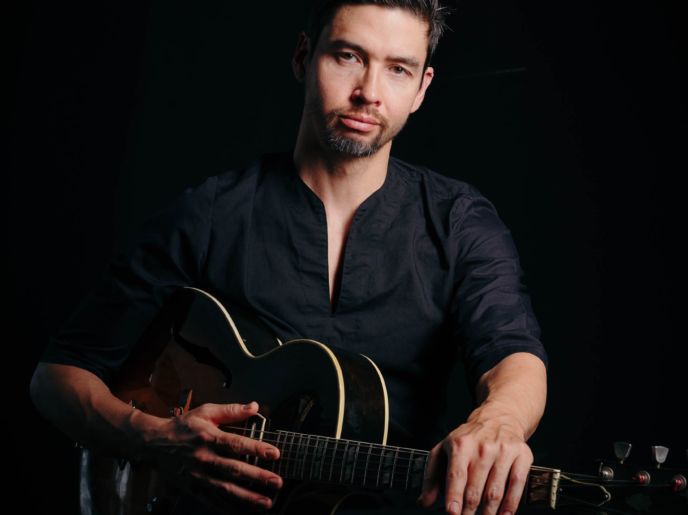 ‘A monumental statement of devotion’, thus the New York Times on the six part album series Work by Miles Okazaki, containing solo guitar adaptations of all of Thelonious Monk’s compositions. This was the first time the complete Monk songbook had been recorded on a single solo instrument. Now Okazaki will perform a selection of his solo arrangements, which are surprising on the one hand and accessible on the other because of the well-rounded sound of the jazz guitar. Miles Okazaki is known as a member of Steve Coleman and Five Elements. This year he topped the Downbeat Critics Poll in the Rising Star Guitar category.

For the album Simple Songs, trombonist Christian Muthspiel composed a cycle of duets, which he recorded with bass guitarist Steve Swallow. The instrumental songs were deliberately kept simple, offering space to the lyrical sound of these two musicians playing together. In this duo, Austrian trombonist Muthspiel also performs on piano, flute and toy instruments. Steve Swallow is mainly known for the characteristic sound of his bass guitar, with which he has accompanied great jazz artists such as Paul Bley, Jimmy Giuffre and John Scofield. His melodic songs have been performed by several artists like Bill Evans and Pat Metheny, and have been sampled by A Tribe Called Quest.

‘Muthspiel is terrific on trombone with just the right mix of beautiful intonation and appropriately placed slur. Swallow’s bass oozes pure joy. On Simple Songs, Muthspiel and Swallow admirably demonstrate the beauty and perfection that the art of the duet can offer’ (Downbeat).