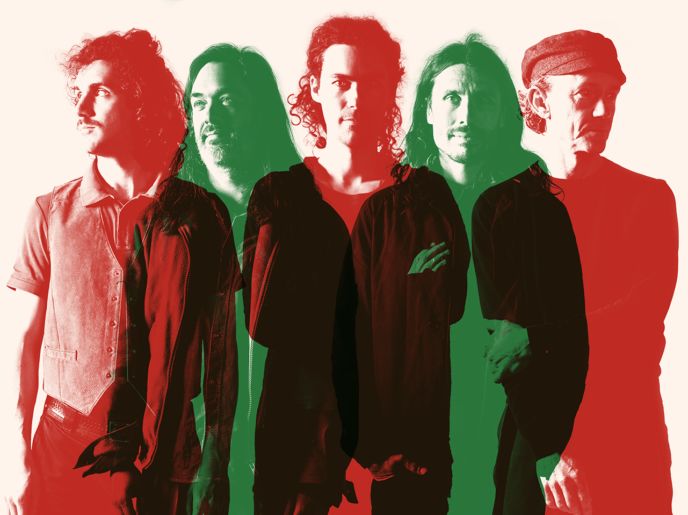 Early 2022 will see the release of Magma, the new album by Black Flower. As the title suggests, there’s a churning, boiling energy to the grooves and beats of the Belgian five-piece. The band is piloted by saxophonist/flutist/composer Nathan Daems, who has played the BIMHUIS before with Ragini Trio. His gathering of super talented Belgian jazz players includes cornet player Jon Birdsong, who also collaborates with dEUS, Beck and Calexico.

Synth and organ sounds, live modular effects on the drums, a long-awaited conch shell appearance, and the use of different kinds of flutes all add up to the exploratory identity of the band. Driving rhythms and Eastern influenced melodies contribute to their hybrid jazz, drawing comparisons with afrobeat, Ethio-jazz and psychedelic dub. Black Flower has appeared on the playlists of BBC DJ Gilles Peterson.