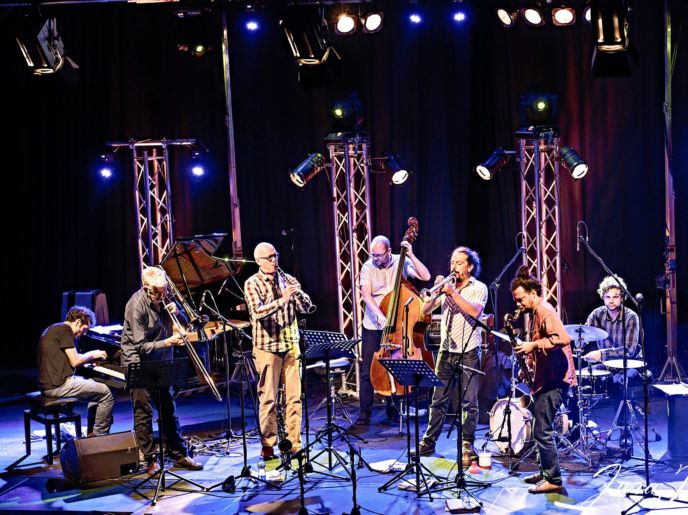 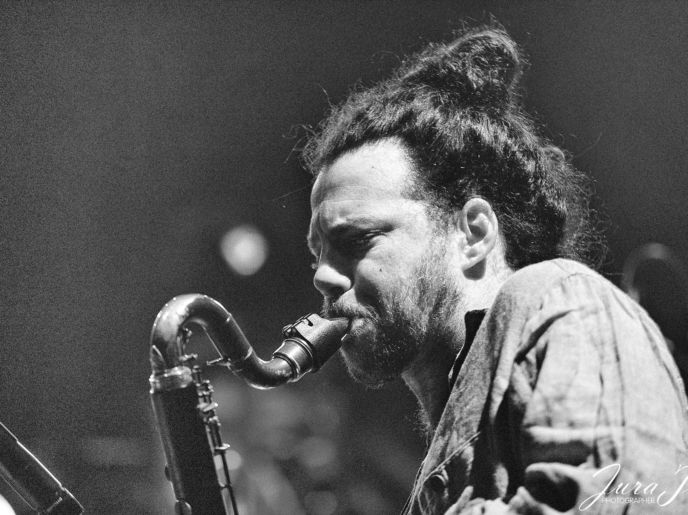 Ziv Taubenfeld ‘s bass clarinet playing sounds warm and familiar on the one hand, and radical and innovative on the other. For his compositions he takes inspiration from ancient Middle Eastern cultures, as well as from the adventurous Amsterdam improvised music scene; one of his tutors is Michael Moore, who also takes part in Full Sun. This seven-piece ensemble will present new music and re-arranged compositions by Taubenfeld in various formations.

The first album by Ziv Taubenfeld’s Full Sun was recorded live during a concert at the BIMHUIS two years ago, and it was released last fall. Meanwhile the band has renewed its line-up, with double bassist Rozemarie Heggen and percussionist Yung-Tuan Ku on vibraphone, alongside Michael Moore on reed instruments, Joost Buis on trombone, Nico Chientaroli on piano and objects, and Onno Govaert on drums.