This afternoon concert is all about the beauty of Indian classical music performed by the leading sitar player of his generation: Pandit Budhaditya Mukherjee. 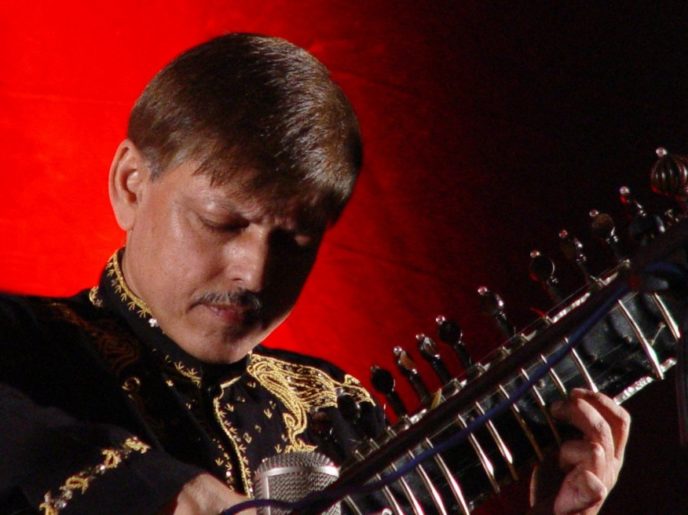 Ever since his first performance – some 40 years ago – he has been praised for his clear, lyrical style and the uninhibited flexibility in his playing. Pandit (‘scholar’) Budhaditya Mukherjee is one of the great masters of the sitar. At a very young age his father – sitar player Pandit Bimalendu Mukherjee – initiated him into the art of Hindustani classical music. Together with table player Souman Nandy he elaborates on the gayaki ang, the vocal style based on the inflections in Indian vocal music, following the ideas of 19th century master Ustad Imdad Khan.

Budhaditya Mukherjee’s playing has garnered acclaim far beyond the Indian borders. In 1990 he wrote history as the first musician to perform at the House of Commons in London.