Rising star of the double bass with Israelian roots who makes name in New York with his band. ‘A beautifully diverse jazz sound, very honest, pure and warm’ (Written in music). 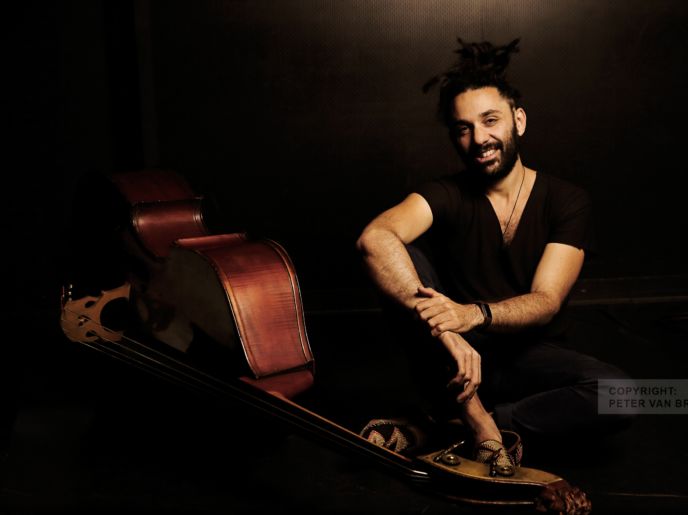 Or Bareket is making waves as a flexible double bassist who can write beautiful music. He was born in Jerusalem, grew up in Buenos Aires and Tel Aviv and is currently part of the flourishing jazz scene of Brooklyn, New York. His diverse background shines through in his style of playing, which is clearly influenced by folk music from the Middle East, Latin America and North Africa.

In his band, Or Bareket is surrounded by musicians of name. For example, drummer Savannah Harris has performed with Geri Allen and Marcus Belgrave. Guitarist Charles Altura could be heard at BIMHUIS with Tom Harrell. And pianist Nitai Hershkovits made an impression at BIMHUIS and Muziekgebouw with his own trio, and with bass phenomenon Avishai Cohen. Nitai is also producer and co-composer of Or Bareket’s most recent album, entitled 33.

‘A powerful, personal album full of yearning and echoes of his nomadic past’ (Jazz & Mo’).