Unique and rare performance by nomadic singers from the Kalahari desert, together with the international group Namibian Tales featuring Namibian-born vocalist Shishani. 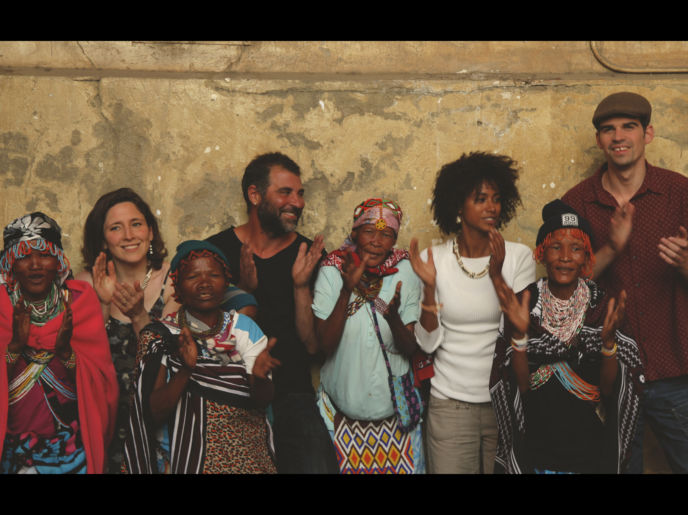 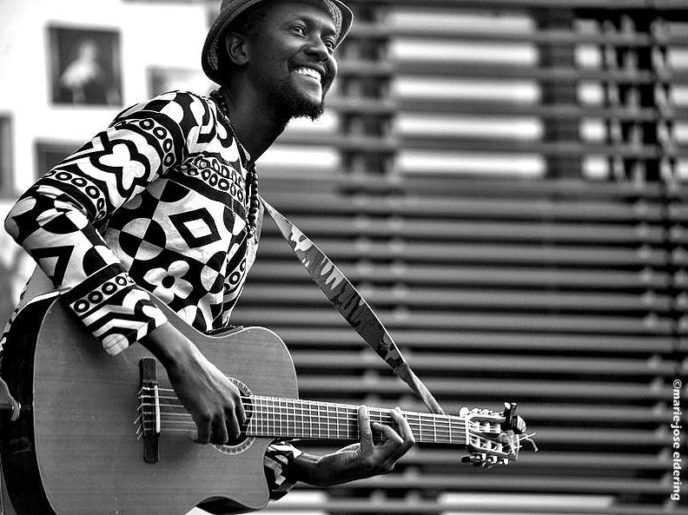 A year after the release of their highly successful debut album, Itaala, Namibian Tales is back with Kalahari Encounters, the result of an intense collaboration of the band with musicians from the Kalahari desert. The album pays homage to the unique cultural heritage of the San – often referred to as Bushmen – but is also a musical dialogue with these original inhabitants of present day Namibia and its surrounding countries.

While doing extensive fieldwork in the Kalahari desert, founding members Shishani Vranckx and Sjahin During were struck by the beauty and intricate complexity of traditional San singing and clapping, which inspired them to develop new repertoire for a collaboration between their Amsterdam-based quartet and four ‘grandmothers’ from the San community. These ladies are coming to Europe for the first time in their lives to share their ancient and disappearing music traditions. Just like other indigenous populations the San and their music are part of a bigger social story, that of globalization, disappearing cultures and peoples.

The result is a movie for the ears, involving the whole body and transporting the listener to a wondrous world of great beauty and depth, a world where the rarely heard vocal harmonies and intricate clapping of the San merge seamlessly with sonic warmth, tightness and rhythmic drive provided by the quartet.

‘On the album Kalahari Encounters new musical terrain is explored that is so exciting and inspiring that you enjoy leaving your comfort zone. The only suitable description for this album is: breathtakingly beautiful’ (Mixed World Music).

‘Shishani and the Namibian Tales incorporate a European style with a proudly Namibian flair. Shishani’s voice, as we know and love, provides the missing link – binding both sounds together to create magic’ (The Namibian).

‘Shishani has a particularly beautiful voice, which is just as clear as it is flexible and with which she’s keeps your full attention. Add the brilliant bowlines, the playful African accents of mbira and kora, the percussion that is not only used as backbone but also plays a fully instrumental role and you end up with a more than just remarkable record’ (Roots Time).

The evening opens with a support act: singer/songwriter Neco Novellas. Born as Anselmo João Johanhane, he followed his musical education at a very young age in Mozambique. After that he traveled to Portugal and Rotterdam to study classical guitar and vocals. He has developed into an accomplished guitarist and a true vocal artist who has developed a wholly unique style. In his music he combines influences from Africa, Portugal, Brazil and jazz, resulting in a true melting pot, always with warmth and a sense of swing.

8:50 PM – Interview with artists by Emma Lesuis, in combination with videos of research and repetitions in Namibia.

Amsterdam Roots Festival presents artistic talent emerging from the exciting middle ground between tradition and innovation. It is especially in this overlapping area that cross-overs between cultures and styles spark to life.

Click here for all Amsterdam Roots Festival concerts planned in the BIMHUIS, and click on the logo below for the full program of the festival.

There is a special discount of € 8,50 for participants of Stadspas. Discount is valid when purchasing a ticket at the BIMHUIS boxoffice on the night of the concert, upon presentation of the Stadspas.
Please Note: Tonight’s concert is sold out!