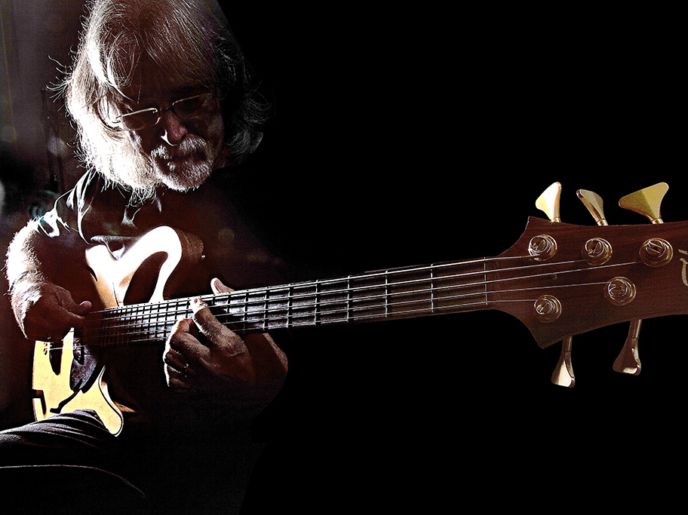 The bass is a central theme for this year’s edition of the Red Light Jazz Festival, which originated in the Red Light District and will now collaborate with Conservatorium van Amsterdam and the BIMHUIS. Especially for this occasion the BvR Flamenco Big Band welcomes a remarkable guest: Spanish bass guitarist Carles Benavent. Together with legendary flamenco guitarist Paco de Lucía and band he developed a new flamenco language, which connected with prevalent jazz and fusion styles. During his fruitful career, Carles collaborated with, among others, Camarón de la Isla and Chick Corea.

The BvR Flamenco Big Band is a unique phenomenon, a 21-piece jazz ensemble conceived around a core of flamenco protagonists. The band was founded by Hispano-Dutch saxophonist Bernard van Rossum. He takes flamenco harmonies and rhythms to another level through colorful compositions and orchestrations. The band previously collaborated with harmonica virtuoso Antonio Serrano and vocalist David de Jacoba, who both come from Paco de Lucía’s band as well.

‘I heard some new territory that night. Modern, innovative, and highly skillful compositions that did not diminish in any way the soul of flamenco’ (Kenny Werner on BvR Flamenco Big Band).

‘His engaging compositions and arrangements are awash in perception and authenticity’ (All About Jazz on Bernard van Rossum).