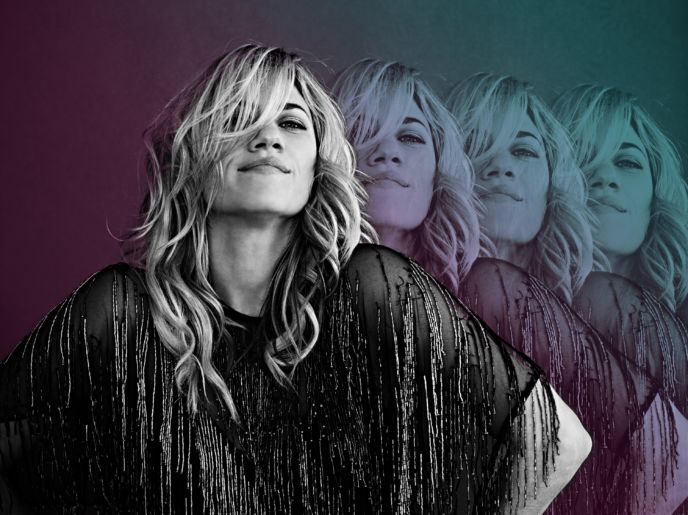 Lucy Woodward was born in London and raised in New York and The Netherlands. She has released 4 studio albums on labels such as Atlantic and Verve Records. She recorded the song “Too Hot To Last” with Snarky Puppy after collaborating and touring extensively with them since 2012. Lucy toured with the “mini-orchestra” Pink Martini singing lead vocals in Turkish, Croatian, Japanese, Spanish and French including 3 concerts with the San Francisco Symphony. She recently collaborated with the WDR Big Band and conductor/arranger Chris Walden on a concert they created called “Love & Other Bad Habits”. She has sung background vocals with Rod Stewart, Celine Dion, Joe Cocker and Barbra Streisand and has contributed her vocals and songs to countless soundtracks including the Big Band Bjork smash “It’s Oh So Quiet” from Disney’s Ice Princess. Lucy’s fifth album Music!Music!Music! is the debut collaboration with legendary guitar virtuoso Charlie Hunter. The album is full of deep grooves, blues and funk-inspired vintage pop and soul standards. Charlie and Lucy will be performing at Bimhuis on June 8, 2019.

JUNE 7 – BvR Flamenco Big Band
Big Band always captures my heart but mix Big Band and that intense flamenco passion that comes out of BvR, my heart is healed, broken and healed again – all at the same time.

JUNE 9 – Hilario Duran Quartet
Having gone to high school in The Bronx, salsa was played in was every household. But after a trip to Cuba 15 years ago, I fell in love with this music on a much deeper level. Complex and deep rooted, Hilario embodies that. Such energy! He makes you feel ALIVE.

JUNE 13 – Petros Klampanis Trio
Anytime I hear Petro, I feel I am walking through a jungle of someone’s life stories. Petros’ music is incredibly colorful with its dark tones and shimmering highs. Passionate and intense…

JUNE 26 – Lo-Landers
I have a deep connection to both Holland and Scotland. I love the people, music and humor that come out of both countries. Lo-Landers takes you on a seamless journey tying both cultures together with impeccable musicianship. Plus, bagpipes steal my heart.

JUNE 28 – Amaro Freitas
Amaro is one of those artists where you want to jump inside his brain for a day and see how he sees the world. I feel his strong Brazilian roots but the way he stretches beyond that makes him a musical ambassador of many, many cultures in my eyes. I would love to experience this live!