Two innovative New York pianists, contemporaries, friends and, on top of that, both at the forefront of adventurous contemporary music, will perform as a duo. 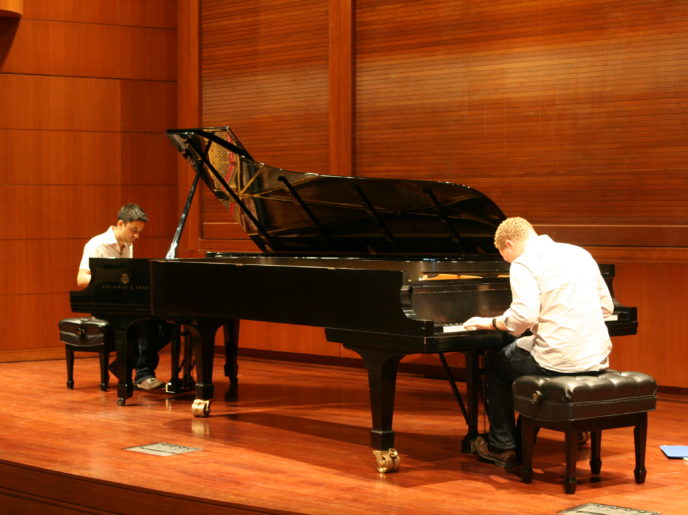 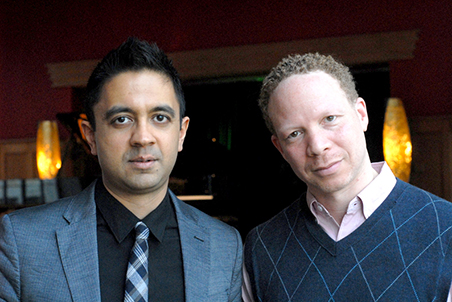 It is a rare occasion that these two pianists perform as a twosome. Both are being praised for their imaginative playing and their qualities as solo pianists and band leaders of many ensembles, which often include prominent jazz and improv players from New York. This unique excursion from their busy schedules could be described as not just a duo, but a challenging dialogue between two innovative spirits who are open to jazz history as well as new developments in the fields of hip-hop, electronica and the classical spectrum.

Vijay Iyer does not see himself as a typical virtuoso, but still he’s an important example for the current generation of jazz pianists because of his originality and unique timing. Thelonious Monk is a source of inspiration, but his music can also refer to Michael Jackson, M.I.A. or techno pioneer Robert Hood. His comrade Craig Taborn is being hailed as a ‘visionary of the current wave’ (Downbeat) because of his intriguing style of playing in which he explores the tones and overtones of the piano in their smallest details.

‘A piano spectacle that meandered between expressionism and impressionism’ (Enola.be on Vijay Iyer & Craig Taborn).

‘They showed an amazing level of communication as they ran through one adventurous number after another. They kept the crowd guessing throughout the set list, motoring through a variety of tunes that spanned the gamut of modern jazz styles. The two players volleyed short leads countless times, delivering the musical equivalent of a tennis match’ (JazzTimes).

DJ Phonautogram at the cafe