Scintillating musical fireworks from Madagascar, with the supple vocals of national diva Monica Njava and the virtuoso guitars of D’Gary and Joël Rabeloso. 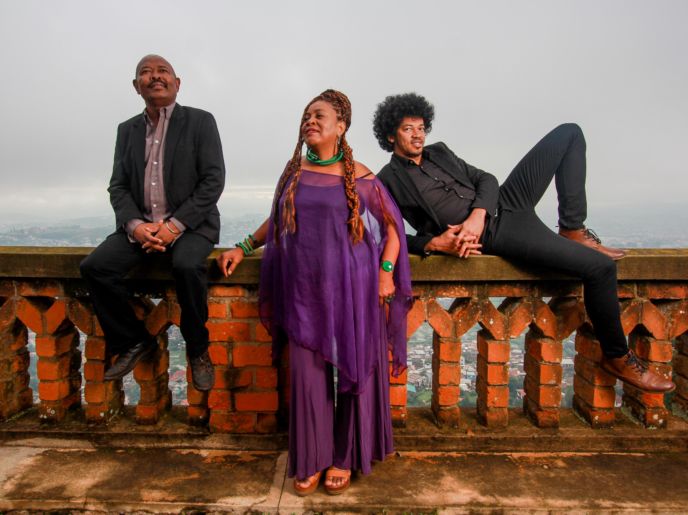 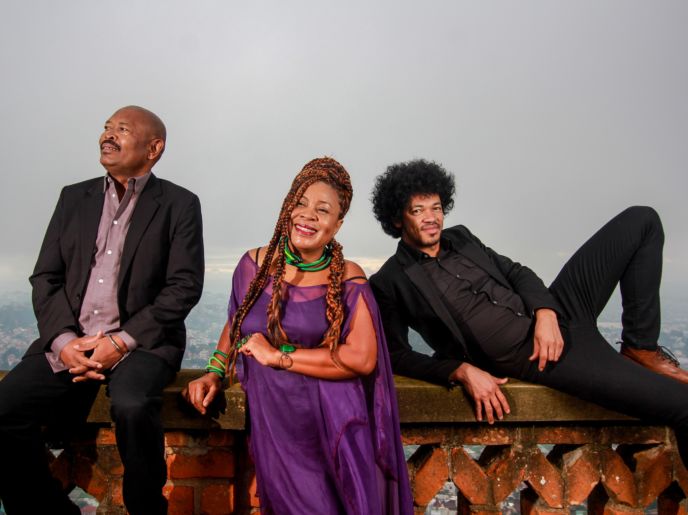 Toko Telo (‘three parts’) is a baffling trio from Madagascar. The ensemble playing of the three musicians sounds accessible, light and danceable, while they still immerse themselves completely in their intense vocals, lightning fast guitar playing and complex percussion. Toko Telo reinterprets traditional Malagasy styles such as tsapiky, jihe and beko in a wholly unique way.

In Madagascar, singer and percussionist Monica Njava is honored as a national diva and that is obvious: with her wonderful, supple voice and intricate but swinging percussion she provides the group with extra swing. D’Gary plays guiat as if he’s being chased by the devil. He’s also a celebrity in his country and he has performed with many international artists including Bela Fleck.

Up until recently, accordion player Régis Gizavo completed the trio. Unfortunately he died in July 2017. His replacement is Joël Rabesolo, who is one of the most celebrated guitarists of his generation in Madagascar and he has a deep knowledge of Malagasy music styles.