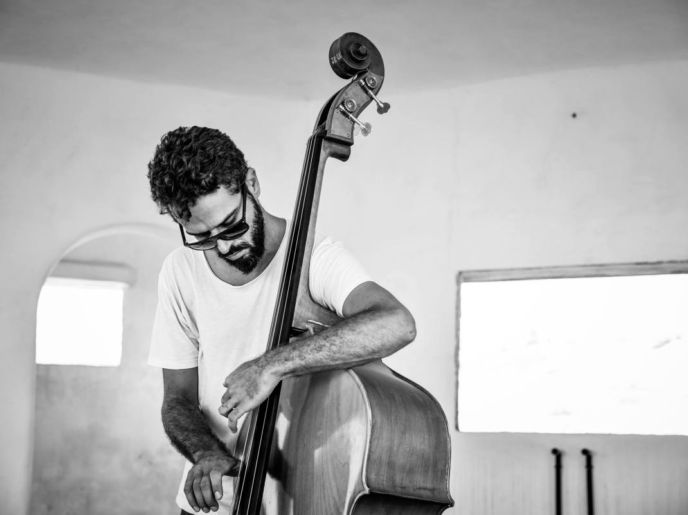 When Petros Klampanis is on stage, he throws his whole being into his performance, playing solos and accompaniments or using his double bass as a percussion instrument. As a composer he was strongly influenced by his studies in Amsterdam and New York, but also by the folk music of his native Greece.

At the BIMHUIS he will present his new trio with pianist and ‘ECM recording artst’ Kristjan Randalu and drummer Francesco Ciniglio. They will perform music by Petros’s new trio album, the follow-up to the richly orchestrated Chroma. Petros also released albums on the Inner Circle Music label ran by his mentor, renowned saxophonist Greg Osby.

‘Petros Klampanis is a musician who has always spoken from the heart. There is a clear connection between his instrument, mind and fingers. His primary vessel of expression is the acoustic bass. When he performs, he practically throws his whole being into it, bending the strings, drumming percussive beats on its resonant wood frame and frequently exploring the soloing possibilities afforded by various fretboard-tapping techniques’ (Downbeat).