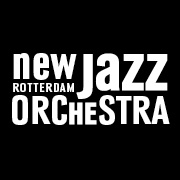 This concert is recommended by: Shishani Vranckx

VERS! Is Dutch for either ‘fresh’ or ‘verse’. With their new program VERS! the New Rotterdam Jazz Orchestra presents new compositions and fresh verse by Derek Otte, in collaboration with accordion player Simone Bottasso.

New Rotterdam Jazz Orchestra (NRJO) is a force to be reckoned with from the Rotterdam scene. The big band played with many national jazz heroes such as Anton Goudmsit and with international luminaries such as Joshua Redman and Phronesis. The band members are all esteemed artists in their own right, who are active in the international jazz scene.

‘Spoken word artist’ Derek Otte made his debut with the poetry volume Regelgeving. He recently presented its follow-up, TOFLOF. His style is honest and direct. In 2017 he became the official city poet of Rotterdam for two years. Simone Bottasso immersed himself in Occitan and French traditional music while studying accordion with Norbert Pignol, Stéphane Milleret and Silvio Peron. He’s also schooled in jazz, contemporary composition and electronic music.