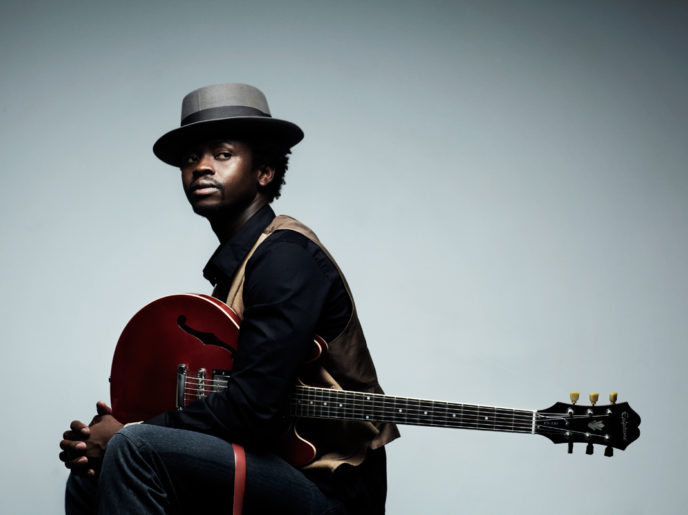 Moh! Kouyaté received his first guitar from his grandmother and he learned his first chords from his father. His family has a musical tradition going back to the 13th century and this can be heard in his narrative vocals, but his music is absolutely contemporary: soul, blues and jazz have shaped his guitar style.

Kouyaté has listened to guitarists such as Jimi Hendrix, George Benson and Ben Harper and has mixed their techniques with West-African styles. He toured America with blues guitarist Corey Harris and he eventually moved from his homeland Guinée to Paris. His debut album Loundo features a guest appearance by French cello player Vincent Ségal.

‘Easygoing, rolling songs that show off pleasantly relaxed vocal work and fluid guitar solos. Kouyaté is a classy and versatile musician, and clearly a man to watch’ (The Guardian).

SEP 28 – OCT 9 IN FOUR CITIES
For the 14th time Afrovibes Festival brings a program with contemporary theater, dance, music and design from Africa to The Netherlands. Afrovibes shows the dynamic cultural life of urban Africa with African and Dutch makers. The festival theme is Fragile Freedom. We live in a time of far reaching developments and quick changes within our global society, a time of polarization where freedom, democracy and human rights will not come about by themselves, but are vulnerable and fragile.