‘Bouncing swing, nomadic neo-lyricism and sonic investigations’, according to the prominent Amsterdam-based improvisers joining forces in the Blue Lines Sextet. 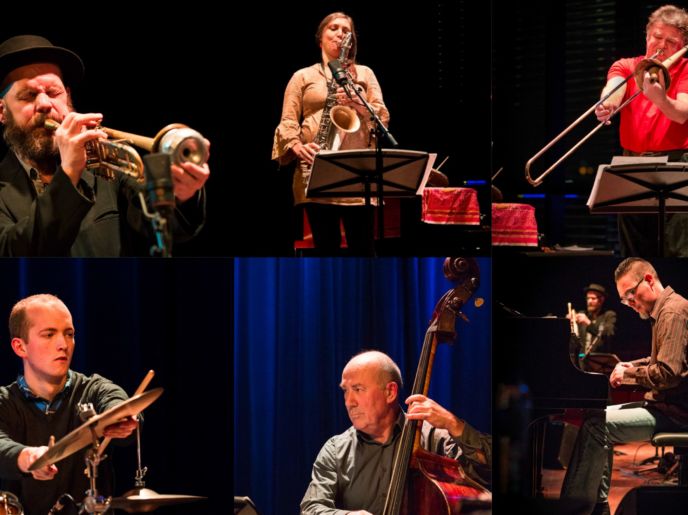 The Blue Lines Sextet consists of experienced musicians who truly understand each other when it comes to singular improvisations. The sextet is an expansion of the Blue Lines Trio and its repertory includes plays music by pianist Michiel Scheen, whose compositions have been acclaimed in the international press as ‘post-Monk, post-Mengelberg’.

For decades Maris, Scheen, Van der Weide and Wierbos have been part of lading formations in improvised music, collaborating with the likes of Maarten Altena, Guus Janssen, Misha Mengelberg, Paul Termos and many international musicians. Ada Rave and Geroge Hadow are part of a new generation of foreign improvisers enriching the Dutch scene.

‘Scheen can improvise at warp speed if he’s so inclined, but his chief joy is knitting together freely phrased pulses into a distinctive movement that melds earlier jazz harmonies and rhythms with a 21st Century conception’ (Jazz Weekly).