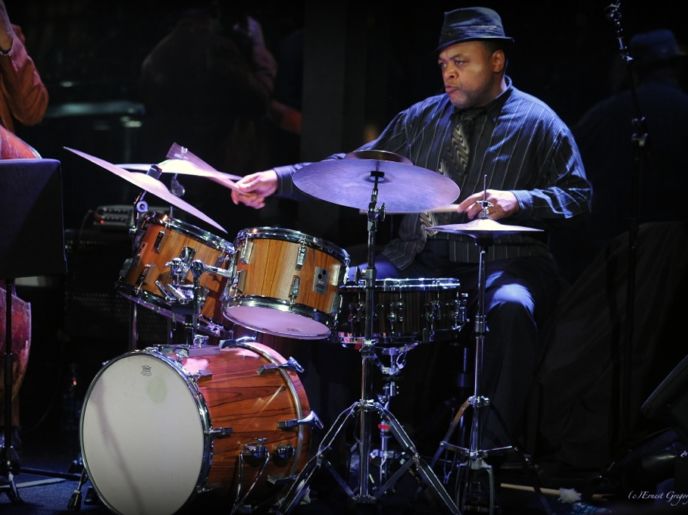 Jeff ‘Tain’ Watts is anything but a traditional drummer; he continuously surprises with breathtakingly varied playing. He is hailed for his explosive power, combined with a refinement that reveals his classical education. After his intensive collaborations with Wynton and Bradford Marsalis, Watts became one of the most in-demand drummers in contemporary jazz. He’s also renowned as a composer and band leader, with regular releases on his own label Dark Key Music. His trio appears on the recent release Detained in Amsterdam, which was recorded live at the BIMHUIS.

The trio is back at the BIMHUIS for a concert with Kurt Rosenwinkel, an important role model for the current generation of jazz guitarists, not only because of his virtuosity, but also because of his open spirit and his successful experiments with rock and hip-hop. His lyrical playing is acclaimed by, among others, Eric Clapton, who gave one of his iconic guitars to Rosenwinkel, and by The Roots, with whom he performed on The Jimmy Fallon Show.