Magical journey through the universe of Japanese star author, in music, vocals and visuals. 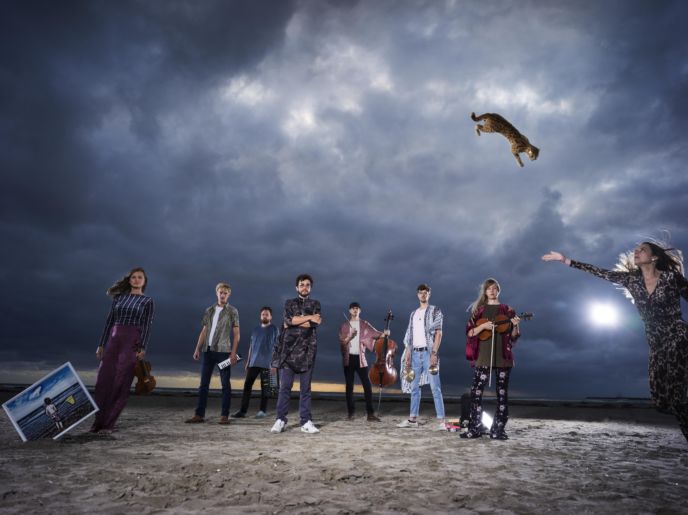 The presale for this concert has temporarily been suspended. Questions? Send an e-mail to kassa@bimhuis.nl

The ensemble Ikarai sifts through the mind of Haruki Murakami. By means of vocals, music and film, the legendary novel roman Kafka on the Shore takes on a new form. Fish falling like rain, talking cats, thoughts that are materialized in three dimensions: Murakami’s universe set in a concert, together with vocalist Sanne Rambags and visual artist V&J.

Ikarai fuses various worlds: concert with cinema and classical composition with jazz improvisation, providing a fresh approach to storytelling. For example, Ikarai transformed the stage into a boxing ring for MUHAMMAD, about Muhammad Ali, their first performance at the BIMHUIS. Now they will collaborate with Sanne Rambags, who won an Edison (Dutch Grammy) with the band Mudita.