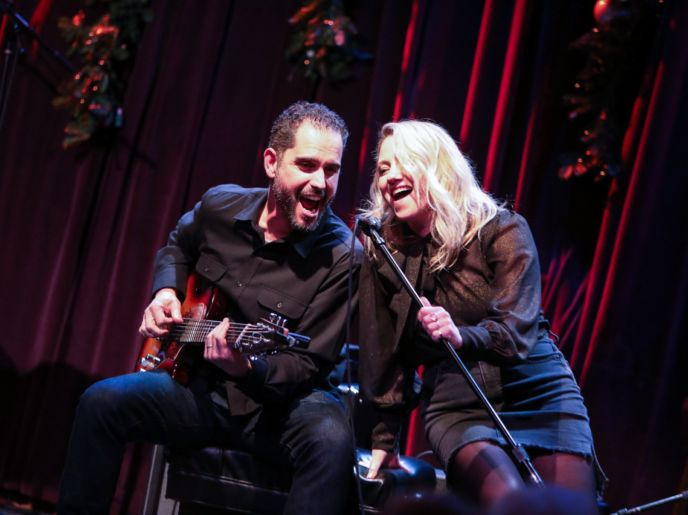 Charlie Hunter and Lucy Woodward exude fun on stage with their seductive versions of jazz, blues, country and vintage pop songs; a tasteful, thoughtful repertory of which the album: Music! Music! Music! will be released this year. Clips of the brand new trio on YouTube sound promising, with songs by Nina Simone, Willie Dixon and Lucinda Williams.

Charlie Hunter is hailed among guitar aficionandos as a unique phenomenon on 7- and 8-string guitar, simultaneously playing melodies, chords and bass lines while improvising and holding an unmistakable groove. He previously collaborated with Norah Jones, John Mayer and D’Angelo. Lucy Woodward is a singer with Dutch roots who grew up in New York. She recorded various solo albums, wrote pop hits and sang with Pink Martini and Snarky Puppy. She also worked with Rod Stewart, Chaka Khan and Carole King. In 2018 Lucy Woodward performed at Red Light Jazz with her (Dutch) band.

‘It’s almost unfair to call Charlie Hunter a guitarist. His musicianship far exceeds what mere mortals can do with a few strings and a hunk of wood. It’s easy to forget that he has 10 fingers, just like the rest of us’ (Premier Guitar).

DJ Fate in a Pleasant Mood