Singer Yaşam Hancılar and bassist Gerco Aerts are the curators of this edition of BIMLAB, the concert series with improvisations in the BIMHUIS café. 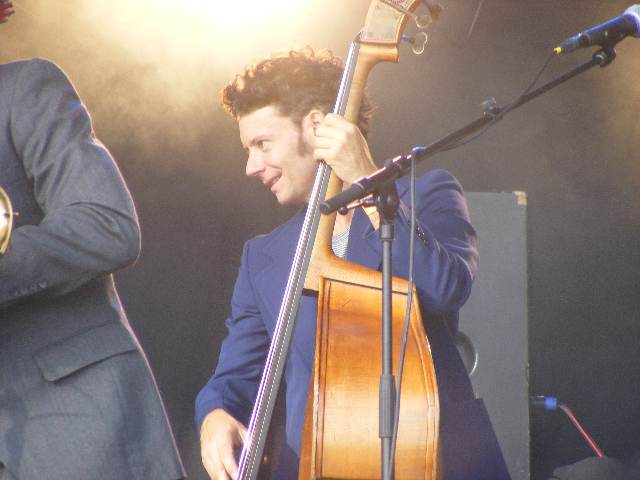 Turkish singer Yaşam Hancılar is based in Amsterdam, where he formed an international band combining standards from jazz and Brazilian music with original songs. The album Strange Fish by the Yaşam Hancılar Band earned generally positive reviews. ‘Strange Fish has something for everyone, with its mixture of classical, Brazilian, pop and jazz’ (het Parool).

Gerco Aerts is a bassist and composer in whose music one could perceive influences of Mingus, Zorn and Zappa, as well as elements from hip-hop, hardcore and ethnic music. The Amsterdam-based musician plays double bass and bass guitar in a great variety of ensembles including Contraband, Munzruh, B-Movie Orchestra and André Manuel’s band.

BIMLAB is an improv series in the BIMHUIS café with unexpected musical encounters. For every edition, two curators are selected from the members of the Union of Dutch Improvisers (BIM), who were once the BIMHUIS founders. The curators will invite musicians for an evening of short, adventurous sessions.

A co-production with BIM, free entrance for BIM members.