Staggering cocktail of beats and breaks in a fusion of virtuoso playing and electronics. Drummer/producer Anton Eger is known from Phronesis. ‘Weird in a great way’ (Something Else). 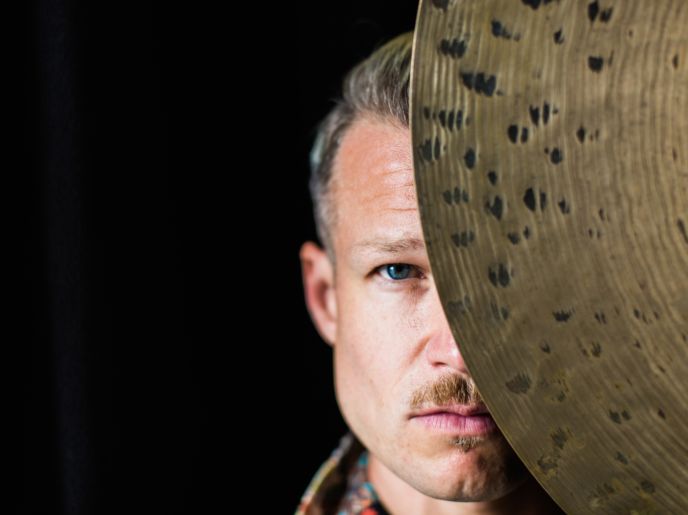 Foto: Dave Stapleton
This concert is broadcasted on Bimhuis Radio

Anton Eger attracts all the attention with his impressive drumming, as could be noticed in his performances at the BIMHUIS with Phronesis and the Marius Neset Quartet. As a teenager Anton played the cymbals in a marching band, developed an interest in classical percussion and started his first punk band. After a year serving as a military drummer in His Majesty’s King’s Guard in Norway, he hungered for new territories and jazz and rhythmically complex music became a major part of his life. On his album Æ he pulls out all the stops, drawing on an eclectic genre-defying mix of electronica, hardcore contemporary beats and retro guilty pleasures.

‘The Scandinavian drummer is a fearless daredevil. Anton Eger carefully crafted a music that’s in its own peg hole; evocative of many, replicative of none. The main appeal of Æ comes not that it’s part electronica, part fusion jazz, part alternative RnB … it smartly grafts the best elements of them all’ (Something Else).