Powerful piano playing by a rising star of Brazilian jazz, who transforms Afro-Brazilian rhythms and traditions into adventurous, innovative music. 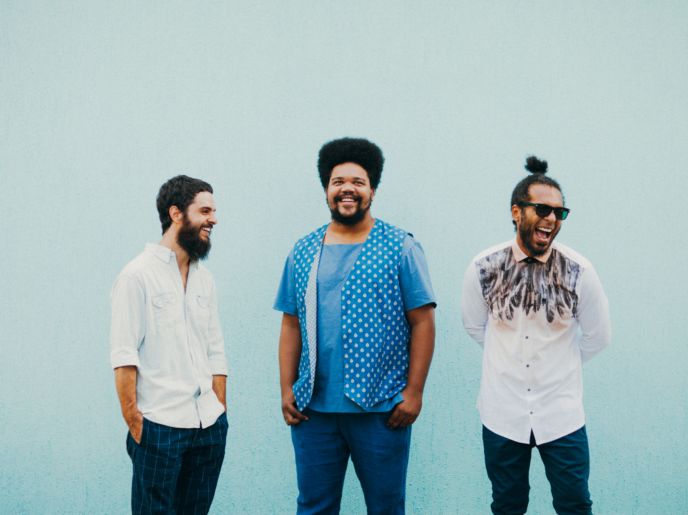 In the sweltering North-Eastern Brazilian state of Pernambuco lies the coastal city of Recife, where Amaro Freitas is pioneering the new sound of Brazilian jazz. For the prodigious young pianist, the spirit of his hometown runs deep. From the Afro-Brazilian maracatu born on the sugar plantations of slavery, to the high intensity carnival rhythms of frevo and baião, Amaro’s heavily percussive approach is as indebted to these Pernambuco traditions as it is to jazz. Preferring to see the piano as a though it were a drum with 88 unique tones, he shows kinship with Thelonious Monk and Brazilian maestros such as Hermeto Pascoal and Egberto Gismonti.

‘Brazilian pianist Amaro Freitas has developed an approach to the keyboard that’s so unique it’s startling. The rhythmic complexity of Amaro Freitas’ trio is dizzying’ (Downbeat).

‘A bold, yet intimate reconsideration of jazz. Freitas was influenced by iconic jazz pianists including Monk and Chick Corea, but also by the boundary-less, time-stretching explorations of Brazilian masters such as Hermeto Pascoal, Sivuca, Moacir Santos, and Egberto Gismonti. Freitas’ method is not reflective of the more familiar Brazilian samba or bossa with jazz. Instead, he marries the harder rhythms of Afro-Brazilian maracatu, and the rough and rowdy carnival beats of frevo and baiao, to swinging, sometimes angular harmonic architectures’ (All Music Guide).